The Pittsburgh Steelers came to FedEx Field in Washington, DC for a Monday Night Football game; it was a home game for the visiting Steelers.

The Steelers defeated the Washington team (I refuse to use their other name) 23-6, but that wasn't the worst part.

The worst part was the 30-40,000 Steelers fans who took over the stadium, Terrible Towels and all.  It was so bad, the Washington Post wrote a front page article about it.  It was so bad, Washington's owner, Danny Snyder, threw a tantrum over it.

Here's the on-line version of the article:

So, here now in 2016, as a precursor to the upcoming September 12th inaugural Monday Night Football game between the Steelers and Washington at, again, FedEx Field, I decided to tweak little Danny's nose once again.

For the past 9 years, a local car dealership, Eastern Motors, has held a "Redskins Rides" car show at Washington's practice facility in Ashburn Va.  I decided that this year, in honor of the Steelers' return to FedEx, I'd attend with Renny (short for Renegade), my "Steel Curtain Challenger".

There were about 150 cars in attendance, and a slew of Washington players.  I seriously doubt though that any car engendered the same number of "WTF" reactions from the spectators and other car exhibitors as Renny did.

To add icing to the cake (or to twist Danny's nose further), Renny won First Place in the Modern American Muscle, Modified class.

For a little fun, myself and the owner of a decked out "Redskins Vette" met at midfield after the show for a photoshoot.  Nice guy.  Gotta feel for him and the rest of the fans of DC's team for how low the current owner has dragged the team. 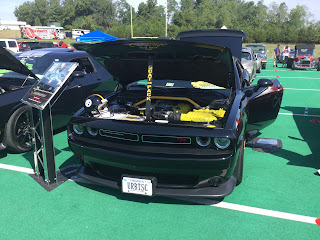 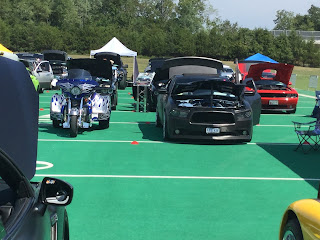 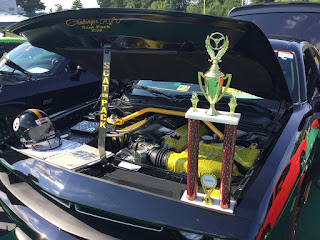 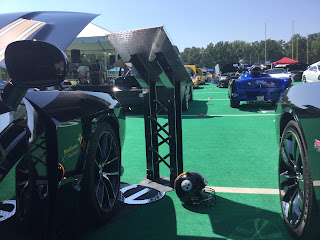 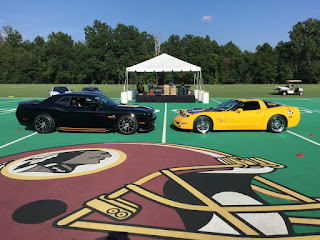 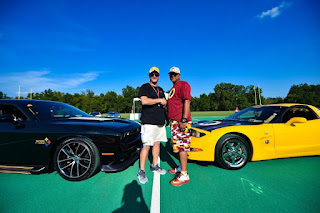 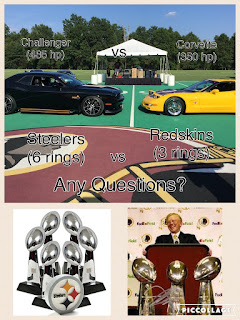