A lot of people have asked me why I've chosen to modify my car using the Pittsburgh Steelers as a theme.

A lot of Steelers fans have asked me why I chose a Dodge Challenger Scat Pack over some other current American Muscle Car.

Dodge's marketing slogan says it best: "If you know, you know".

Mopar:  Over 100 years of making some of the best mass produced performance cars in the world; owners of the legendary HEMI engine.  The only car manufacturer with the cajones to come out with a beast like the HellCat.

My car's name is "Renny", short for Renegade, the defacto anthem of the Pittsburgh Steelers and Steeler Nation.

Why is a Styx song the anthem for the Steelers you might ask?  If You Know, You Know...Just watch and you might learn.

To get yinz pumped up for the playoff game today against the Cincinnati Bengals, here's a little something from Benstonium...their 2015 Season's version of 'Renegade".

Nothing Else Matters...Beat the Bungles!

This past week, I've been reading comments from Bengals fans about how obnoxious Steeler fans are; how all we do is talk about our six Lombardis, and "bitch and whine" whenever our team doesn't do well, that we're "fair weather fans".

Well, I can tell yinz this:  Unlike your team, ours has a rich history of winning.  So much so that our standard is winning the Super Bowl....unlike Bengals fans who are hoping for their first playoff victory since 1991...

So, don't blame us if we have higher standards and expectations.  While you may consider a season successful if you make the playoffs (looking at you Cleveland), or win a playoff game, from the Rooneys down to the players, to the millions of members of Steeler Nation around the globe, we strive to win Super Bowls.

Because Nothing Else Matters

(courtesy of Benstonium) https://www.facebook.com/jagoffs/videos?fref=photo
Posted by Unknown at 10:27 AM No comments:

Despite throwing away a chance to lock up a playoff spot in Week 16 by losing to the lowly Ratbirds, the Steelers (maybe once again) were the recipients of divine intervention when the Buffalo Bills unexpectedly knocked off the Jets, thus handing the Steelers an improbable golden ticket.

Hopefully the Steelers won't come out flat against the Bungles like they did the Ratbirds; the Bengals are a quality team and even AJ McCarron is playing decently for a young backup QB.

I used to have some respect for the Bungles, and the progress they've made as they build (and re-build, and re-build) in an effort to break the longest active playoff victory drought in professional sports - now a 24 years, 25 after Saturday, but have recently lost it due to (1) the on field dirty antics of Vontez Burfict, and the obnoxious trolling Bungles fans who come from their SB Nation website Cincy Jungle to talk ignorant trash on Behind The Steel Curtain.

Not much more I can say here that hasn't already been discussed to death on other sites, so I'm simply going to post a few pictures and memes I've come across..

Grab your Terrible Towels and start twirling them now, cause... 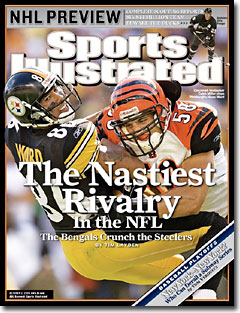